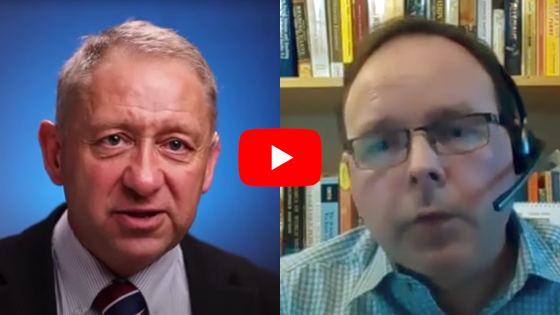 That’s the summary of current society from John Deighan, CEO (designate) of SPUC UK and a former Scottish Parliamentary Officer for the Roman Catholic Church.

I caught up with John, further to C4M’s briefing on the Vatican’s announcement that marriage can only ever be between one man and one woman. You can watch the full interview here.

John says the reason why “so many children are messed up now”, and why so many people are full of anxiety and on anti-depressants, is decades of neglect of marriage and family. Politicians and the media have “hijacked the whole marriage debate”, suffer “no levels of dissent” and are “completely intolerant to those who disagree with them”.

He worries that people are starting “to forget why civilisation was successful” and rebelling against time-honoured values “just because it seems the trendy thing to do”. They are happy to “wipe away the whole edifice of marriage and family simply to make one person feel better”.

a duty to speak up

But John is confident that “it can be turned around again”.

“Reason and rational debate” are on our side. If we have “a truth that’s so important to so many people, especially to the most vulnerable, to children”, he says, we have “a duty to actually speak up for it”.

John explains it’s time for people to be a bit braver and not be put off by online mobs. We should write to our local newspapers, make sure our MP knows our name, and teach our children the easy answers to some of the errors they will encounter in school.

At C4M, we work for a return to the truth that marriage can only be between one man and one woman.