Social Policy Elites Cover Up The Benefits Of Marriage 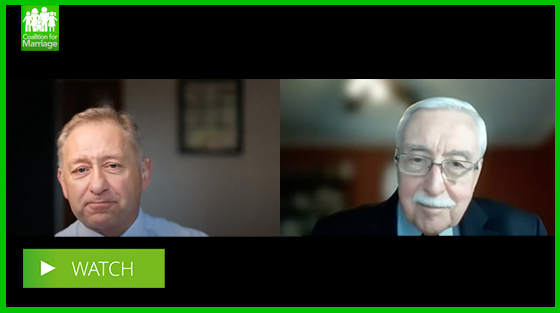 This week, I speak with Dr Pat Fagan, who served under the first Bush Presidency as Deputy Assistant Secretary for Family and Social Policy at the Department of Health and Human Services. A former clinical psychologist working with children and families, Dr Fagan now turns his attention to data science in the fields of marriage, family and religion.

Accounting for his change in professional focus, he says he “found that what Government was doing was undermining family, undermining marriage”. He wanted to provide the data from “the greatest survey system in the world”, to encourage a rethink.

US national health data and interview surveys, show that “the data is overwhelming” when it comes to support for the in tact family unit. Moreover he says, “what we’re going through today across the world, with these experiments with other family forms, are increasing the argument for marriage”.

“On every single measure” he goes on, “both adults and children as a group do best on everything, there’s no exception, in an always intact married family”. “No other family form holds a candle to that”. He continues, “no social scientist who is any way honest can deny that”, and therefore many of them “avoid it”.

On the teaching of relationship education in schools, he says, “if you’re going to talk about family, then you better talk about marriage as the best step”. To achieve this in today’s society, parents must get involved in the running of their local schools.

The data around cohabitation before marriage is “incontrovertible”, according to Dr Fagan. “If you cohabit, your chances of divorce escalate”.

No-fault divorce is, he says, “so evil, I can’t find the words strong enough”. His clinical experience has taught him that, “It is very possible… if both want – to restore a marriage, no matter how bad it is”.

Talking about same-sex ‘marriage’, Dr Fagan says, “it’s not about family. The family is father, mother and child”. It takes “loads of extra energy” he claims, “to keep these other family forms together. And they don’t work as well – the data on that is overwhelming”.

However, “it’s very difficult” he says, to get editors to publish data on what he calls “one of the most contentious issues in our society”. The social scientists are “closing down the science”. “You don’t get wise” he goes on, “by shutting down the debate, stopping data, and then punishing people for trying to seek good data”.

Lamenting that we can’t rely on our leaders to follow the science around the benefits of marriage, he advocates a “bottom up” approach. We need “couples who have their marriages together” living out their lives so that “others around them are going to notice” and want to follow. “Take care of your marriage” he advises, and raise your kids to do the same. “As citizens” he concludes, “we must keep presenting the truth”.

At C4M, we know the message from the data is clear: marriage between one man and one woman is best for children, best for adults and best for society. Thank you for standing with us in promoting and defending this fundamental truth.