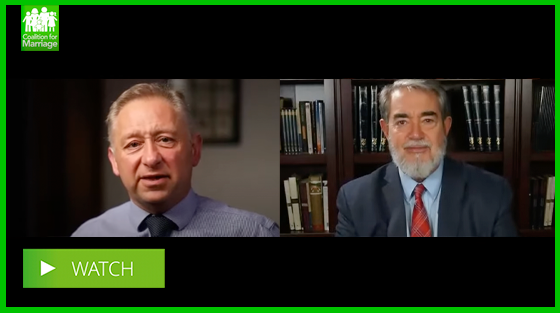 The institution of marriage supports a marital relationship. Not the other way round. Marriages flourish through thick and thin because they are built on the mutual promises made on the couple’s wedding day. But with the Government’s no-fault divorce, wedding promises count for nothing.

No-fault divorce becomes law in England and Wales from 6 April 2022. Under the new law, any spouse can end their marriage without giving any reason. There is nothing the other party can do about it, even if that party has been grievously wronged or wants the marriage to continue.

To explore why we make promises in marriage, and how this “covenant” differs from the “contractual” marriage that no-fault divorce implies, I spoke to Dr Scott Hahn. Dr Hahn is an international authority on the history of the marriage covenant.

He begins by showing how, “there is a transcendent order” in public office, “that there is a source of justice that goes beyond getting 50% plus one more voter to back a particular candidate and get them into office”. We have a requirement for oath swearing in the public square as a way of establishing authority.

Similarly, oaths are used in law and medicine beyond contracts, “because you can’t put a price tag on justice or health. Likewise you see that the primordial form of covenant is precisely what we would call marriage”.

The very purpose of a covenant, according to Dr Hahn, is a safeguard against “the arbitrary expression of those who have the power”. That’s why an oath is so important in “the most valuable unit of society– marriage, and perhaps the most vulnerable unit of society, which is the married couple embarking upon raising a family”.

He goes on to say that the state has an interest in protecting marriages because justice as maintained by the state, is something that begins in the home. It does take “a lot of secular commitment in order to question or subvert that”.

Claiming that “we have enough historical records to know the long-term effects” of no-fault divorce, he warns of an “internal potential for implosion” in society.

In responding to the situation, Dr Hahn says, we can’t simply wait for the authorities on high to issue the edicts or restore the traditions.

“Arguably the single most important thing we can do for the common good, to advance our society, to preserve civilisation” he says, is to show openly the benefits of happy marriages. We do this when we “enjoy the friendship of your wife/husband and fulfil the commitments that you’ve made”.

At C4M we know the value of one man, one woman marriage to society. While valid reasons for divorce may come along, allowing the abandonment of marriage for no reason, undermines the meaning of marriage itself.