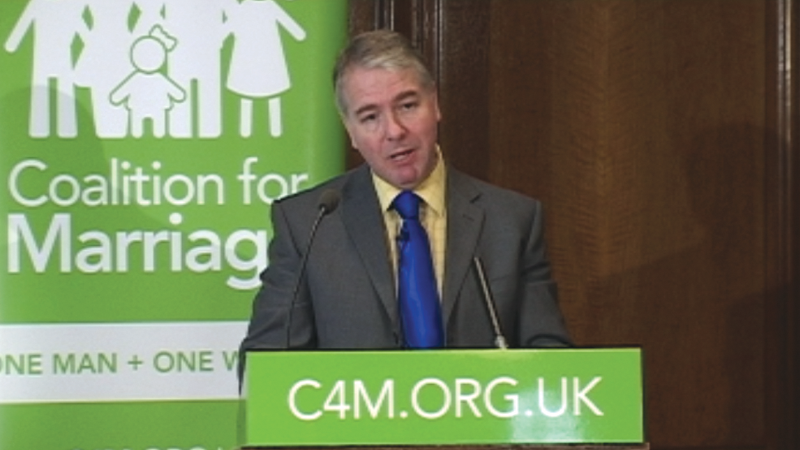 On Tuesday, the Divorce, Dissolution and Separation Bill had its first reading in the House of Lords.

Chairman of the Coalition for Marriage, Colin Hart, commented: “The Government is right to think that this is a big shake-up of the divorce system, but it is not one most ordinary people will celebrate. Far from helping families to stick together, making separating easier and quicker will lead to more divorces, more broken families and makes a mockery of the Government’s claims to be pro-family.”

Mr Hart continued: “This Bill creates a conveyor belt to divorce which will be extremely difficult to jump off. There is certain to be a huge jump in the divorce rate.”

“Exactly as Fiona Bruce MP warned when she said this legislation promotes divorce on demand and could ‘inhibit the dialogue that could promote reconciliation’.

“We had hoped that after the Government’s own consultation which saw more than four-in-five oppose no-fault divorce and we helped to expose the failure of the Ministry of Justice to include meaningful help to struggling couples, the Government might ditch this disastrous legislation, which is why we are doubly disappointed to see its return.

“Lawyers are the only beneficiaries from these plans. Their work will be made much easier, and they’ll be guaranteed to get many more divorce cases”.

“There is still time for the Government to withdraw the legislation and bring forward measures that will strengthen families, rather than rip them apart.”