CALVIN ROBINSON: WE’RE FIGHTING FOR THE SURVIVAL OF OUR WAY OF LIFE 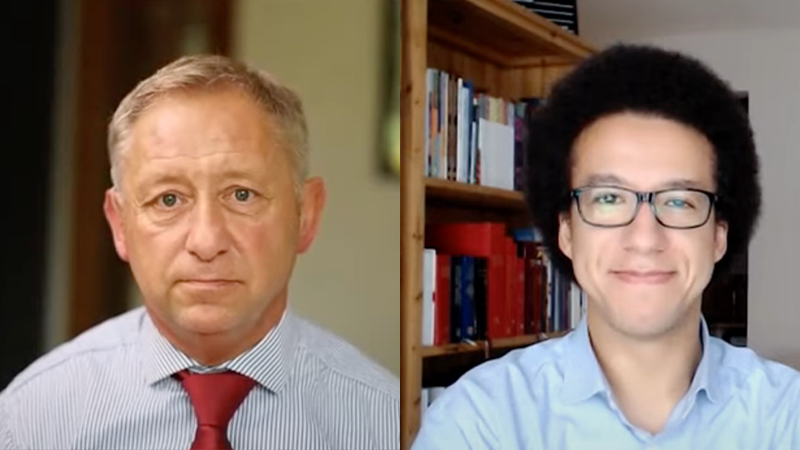 In our latest online interview, I caught up with broadcaster and political commentator Calvin Robinson to explore the meaning behind some of the ideas dominating mainstream media today.

Agreeing that real marriage lies at the heart of the culture war, Calvin says Western countries are “fighting tooth and nail for the survival of our way of life.” The easiest way, he says, of taking over a society, “is to destroy the nuclear family”, replacing parents’ rights with authority from the state.

The “horse-shoe of politics”, Calvin claims, has led to a liberality on social issues from both sides of the political aisle, that has “watered down fundamental British family values”. Stating that marriage should be between one biological man and one biological woman, or that same-sex couples cannot procreate, is “not homophobic, it’s just a fact of life”. 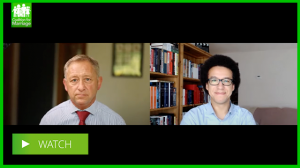 Defining the term “woke”, he says it is “almost a faith at this point”. The concepts of “no-platforming” and “cancel culture” are dangerous because they drive ideas underground, causing “extreme opinions to thrive”.

Opening a door for a lady is now considered a micro-aggression or toxic masculinity. However, Calvin’s view is that “these are kindnesses, these are charitable things which we should expect”. It is the exact opposite, he says, of allowing men who identify as women to compete in women’s sport.

On the subject of the media’s attitude to unfaithfulness by people in public office, he says, “our leaders should show some moral leadership” as should Bishops in the Church.

Giving advice on how we engage in the cultural battle, his advice is that if we stand up for what we believe “they can’t cancel all of us” and that the time to stand is now, “otherwise it will be too late”. Actions Calvin recommends include being polite but clear on social media, writing to news outlets and MPs, and even joining political associations along with friends, to make our views known.

At C4M, we agree with Calvin Robinson’s public support for real marriage, and the essential role of family in preserving a stable society. Thank you for standing with us also.