THE MP WITH THE SAFEST TORY SEAT ALSO HAS THE STRONGEST VIEWS ON REAL MARRIAGE: INTERVIEW 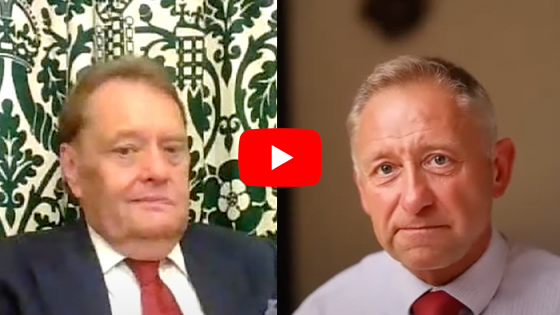 It was a privilege to talk with the Rt Hon Sir John Hayes MP, a real conviction politician, about how authenticity is the key to success in politics. You can watch the interview on YouTube.

Having supported one-man, one-woman marriage as “different by definition” throughout his political career, Sir John has so far had five ministerial roles and has always voted with his conscience – including against redefining marriage.

“The significance of [one-man, one-woman] marriage”, he says, is that it “is a key building block in civil society” and a basis for preserving the “common good” in our land. Marriage is unique and needs protecting.

When asked why governments don’t promote the considerable benefits of marriage, Sir John cites “fear of causing offence” and a ‘curious emphasis on individual interest instead of sacrifice to something more noble’.

He says it is a problem that ministers want to be all things to all men.

Marriage is a covenant and “divorce has to be a testing process by nature”. He asks “why are we so frightened of recognising fault” such as adultery, abuse or abandonment?

Letters he receives from all over the UK convince him of “a silent majority who share the views of the Coalition for Marriage… waiting for someone to speak out”.

Sir John has formed and chairs a Common Sense Group of MPs, many from the latest intake, of whom he says, “many of them share our values… on marriage”. He goes on: “they are patriotic… they are not guilt-ridden about our past and they are optimistic about our futures”. He says the group want the Government “to have at its heart the hopes and fears of that silent majority”.

Thinking about what we can all do, Sir John says, “we’re all answerable to our own consciences” and “being true to yourself means not ducking these issues but standing by them”.

“We know that what’s come before us and what will come after is much greater than the few years we spend on earth, he says. “It’s about what we will do for our children”.

“Don’t feel you can’t influence people by your activity”, he concludes, “you certainly can”.

C4M promotes the value of real marriage to society, and works to restore its rightful place as the recognised gold standard for relationships. Thank you for standing with us.