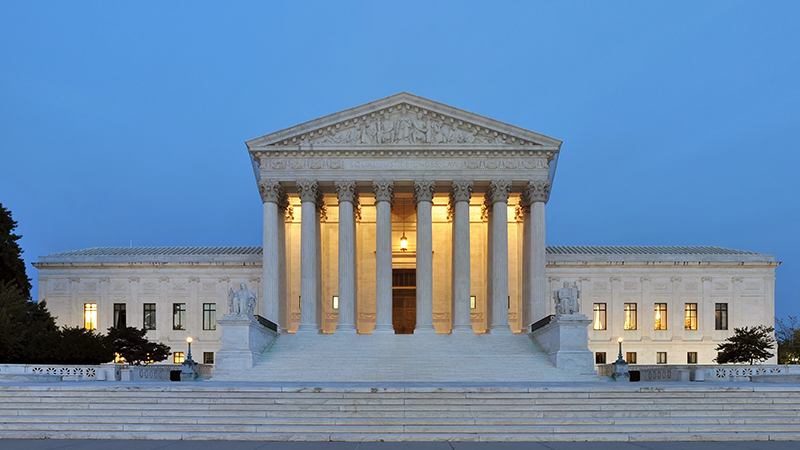 Two of the three longest-serving Supreme Court judges in the United States of America have issued a scathing opinion against the assumption that people who believe that marriage is between one man and one woman are “bigots”. This has been big news in the USA.

Strikingly, they say this “flows directly from” language used in Obergefell v Hodges, the 2015 Supreme Court judgment which legalised same-sex marriage across America.

Their strong comments came as they responded to the appeal of marriage clerk Kim Davis, who was jailed in 2015 after refusing to issue marriage licences to same-sex couples.

Although the conservative justices, Clarence Thomas and Samuel Alito, said they agreed with the decision not to hear Davis’s appeal because the case wasn’t properly presented, they added it was a “stark reminder of the consequences” of the court’s 2015 decision.

Focusing in particular on the consequences for religious objectors to same-sex marriage, they said the court had “bypassed that democratic process” and left such people “in the lurch”.

The decision “enables courts and governments to brand religious adherents who believe that marriage is between one man and one woman as bigots, making their religious liberty concerns that much easier to dismiss”, they said.

Since 2015, insinuations and allegations of bigotry against people, religious or otherwise, who hold to the traditional view of marriage have certainly appreciably increased. The tolerance demanded for alternative lifestyles has frequently been missing for dissenters from the new orthodoxy.

At C4M we don’t believe it was ever right for courts or governments to redefine marriage. But since they have, it is essential that tolerance is mutual, and freedoms of conscience and speech are robustly protected.