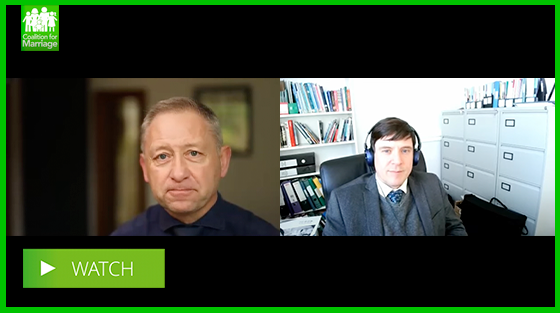 If you have ever felt concerned about school Rainbow celebration days and related teaching permeating through much of the curriculum these days, you will benefit from listening to my recent interview with John Denning, Education Officer at the Christian Institute.

Building on our recent briefing, John gives practical guidance and advice for parents and teachers.

John explains that passing same-sex marriage legislation led to a shift in school attitudes, with some adopting “the mindset that education is activism”. This has led to extreme examples of Drag Queens in primary schools, and teaching of explicit sexual content that, if in films, would rate as age inappropriate. Meanwhile, traditional marriage can often be sidelined in comparison.

Elaborating on what constitutes matters of a “political” nature, he shows that discussions around marriage, sexuality and gender fall squarely within the definition.

Listen to our conversation. Please feel free to pass it on to other parents and teachers you may know.

Both the law and the guidance, John reveals, demand that head teachers “forbid” the pursuit of partisan political activities by pupils under 12. When teaching does take place with older pupils, it must be balanced. Teachers must not use their positions “as a platform for promoting their own views to children at an impressionable age.”

However, many schools and teachers may not be aware of the guidance, having instead received inaccurate information from activist-led external organisations. That’s why, John says, “it may well be up to parents to draw this guidance to the attention of schools” in an open, friendly and constructive manner.

John has spoken to teachers “who are just despairing that parents aren’t speaking up”. As a result, “the school ends up with a policy which it then requires the teacher to adopt and they’re deeply unhappy with”.

On the subject of Rainbow days specifically, John says “there can be no compulsion on teachers [and students] to celebrate or show their support”. Teachers, he continues, “are protected from being compelled to promote a view with which [they] disagree”. This is particularly true for events that require the wearing of something to show support, which “can end up marginalising some children and potentially exposing them to bullying”.

On use of school social media and other resources, John says, “It’s not for the school to be using their resources to support one particular cause with which taxpayers in general may not all agree, let alone the parents at the school”.

“Often it does take that bit of courage to say something”, John concludes, “and then suddenly you find you have a whole load of allies you didn’t realise you had”.