A letter to the Justice Secretary on fault-based divorce 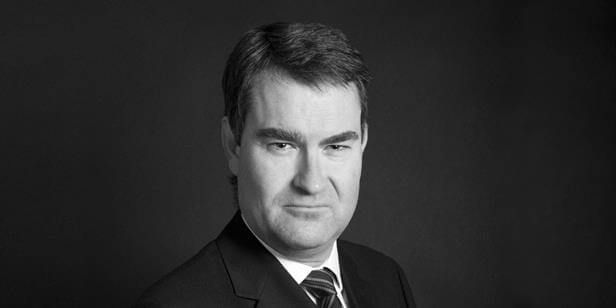 Supporters may have read the story in the Times on February 5th in which David Gauke MP, Lord Chancellor and Secretary of State for Justice, pledged to review a package of family law reform proposals. Included in these was a proposal to abolish the ‘fault-based’ divorce system in favour of one which would effectively allow either spouse to resign from a marriage without grounds for their husband or wife to oppose.

I have written to Mr Gauke setting out the Coalition for Marriage’s opposition to such a plan, and the evidence base on which it rests. The argument is summarised below for supporters. Mr Gauke has pledged to consider all available evidence when making his decision and we trust he will give this submission due weight.

The Family Statistics Quarterly release from the Ministry of Justice contains a table for divorce case progression in England and Wales. In the most recent release, this was Table 13.

This table tracks the progress of divorce cases initiated in a calendar year. It shows that between 2003 and 2014, an average of 9.8% of petitioners for divorce abandoned proceedings before award of a decree absolute.

As the average divorce cohort over this period has been 137,550 per year. This equates to an annual average of 13,480 couples who abandon divorce proceedings over the cooling off period built into the current system.

The number of couples abandoning a divorce between initiating proceedings and decree absolute stage has not been less than 10,000 in any year since publicly available figures begin in 2013.

It is not possible to say that all such couples are reconciled. However, a significant proportion of marriages do appear to be saved and the interests of these must be balanced against any change which would expedite divorce proceedings or remove cause for reflection by making divorce more administrative.

Making ‘no-fault’ divorce available to either party without the agreement of their spouse would effectively allow a person to resign from a marriage. As it could not be contested, we are concerned that those currently choosing to abandon divorce proceedings would lose an important incentive to work for reconciliation.

While we note the argument for the convenience of a ‘no-fault’ system, we believe that the interests of those married must remain paramount, and radical changes may cause these marriages now saved to be lost.

Protections for the vulnerable

Since writing to supporters about the present campaign to reform family law, we have been contacted by a number who are concerned at the impact such a reform would have on the vulnerable.

Specifically, this refers to two groups: those in abusive relationships, and those who suffer sudden hardship including disability.

Those who have been in abusive relationships are concerned that the introduction of no-fault divorce could mean that they lose a public platform to highlight unreasonable or domineering behaviour by a spouse. They are also concerned with the fragility of marriages which could be abandoned without cause, and fear that this may be used as a weapon of psychological control.

Disabled supporters, as well as those who have suffered sudden financial reversals or addictions, have told us that the security of marriage was crucial to their mental health and stability at that time. Allowing a spouse to abandon a marriage with state support at this critical time would have meant significant mental harm for many such supporters.

The present system is not perfect in either case, but the emphasis on needing a valid reason to dissolve a partnership which both parties have voluntarily entered for life provides a source of stability which many vulnerable people find extremely important in their hour of need.

Another argument our supporters have presented from their experience is that of natural justice. The person who has remained faithful to their marriage vows and is unhappy at the termination of a marriage (for instance through spousal infidelity) at present has a means of reflecting this through the fault-based system.

As the threshold set by case law for factoring fault into the distribution of assets and custody is extremely high, for many spouses this will be the only opportunity they have to reflect their distress at the termination of the marriage in a public forum.

Should a no-fault divorce system be instituted, it is entirely possible that a person may be divorced, have their access to children restricted, their assets divided and be removed from their home by court order, all despite being fully faithful to their marriage vows. The present system allows the faithful party the opportunity to defend themselves from such a scenario at least for up to five years. It is imperative to concerns of natural justice that such a facility remains.

It is no exaggeration to say that should no-fault divorce be made available to either party in a marriage without the agreement of their spouse then married partners would have less protection under law in their own homes than those under tenancy contracts.