Guest post: most young people want marriage, so why do they settle for less? 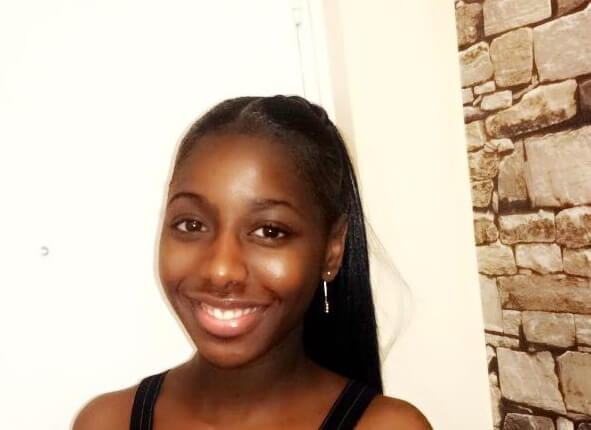 Note: Jeneba Kuteh has been volunteering with the Coalition for Marriage over the past three weeks. As a recent school-leaver, we thought it might be interesting for her to share her thoughts with our supporters on why young people want to marry but then seldom do. Her article is below. On behalf of all of us at the Coalition for Marriage, thank you to Jeneba for her volunteering. – Thomas

What do young people want? It seems that the vast majority want the peace and security that marriage brings. So why do so many choose to cohabit instead, and what does doing so mean for the prospects of a stable family life?

A recent poll by the Centre for Social Justice found that eight in ten 14-17 year-olds said that they wanted to get married later in life. Only 4% said that it was not part of their plans. The same number (78%) said that a lasting adult relationship was as important or more important to their long-term happiness than their career plans. In other words: young people overwhelmingly aspire to marry.

As preparation for coming to volunteer at the Coalition for Marriage, I conducted a personal poll of adults in Greenwich. I found that this strong support for marriage remained intact even amongst those who had live-in relationships. 31 of the 48 people I spoke to said that marriage is the best union for society. However respondents were pessimistic about the outlook for marriage as an institution: half believed that in the next five years the rate of marriage will continue to decline in importance relative to the rate of cohabitation.

This is supported by statistics. Cohabiting households now make up 17% of all families in the UK. There is little public awareness that there are meaningful difference in outcomes for those involved. Resolution’s polling found that only one in four believe that married couples make better parents than unmarried couples despite vastly increased odds of separation.

According to research published last year, cohabiting parents accounted for a fifth of all couples but over half of all family breakdown.

Couples living together before marriage find themselves in an inherently less stable position. Not only do they lack the legal protections available to married partners, a major US study found that they were significantly more likely to become divorced even if they did marry.

So what is driving the move towards cohabitation? Why do those who desire the security and stability which marriage has to offer often settle for a relationship which has no legal and less social significance?

Indeed, why settle for a relationship that in some respects is the complete opposite of all that marriage stands for in terms of stability and commitment?

There are a few standard responses. Social changes mean that this is an era which emphasises free choice over lasting choice, with a corresponding lack of social obligation.

The public narrative on divorce does not help matters either. Office for National Statistics reported 106,959 divorces in 2016. Awareness of failed marriages may act as a deterrent to commitment even in the case of couples that are willing to be committed in their partnership.

There is also an argument that the economic emancipation of women has made many reluctant to marry.

Yet marriage is not self-seeking, and I believe that children raised in this union benefit from a secure and sheltered foundation in which they develop best. This is because marriage is not only the legal binding of two people, but it also allows us to find personal growth through the selfless and sacrificial nature of the relationship.

I believe that many people simply drift into cohabitation hoping that one day a proposal will arrive. One woman in a cohabiting union is on record as telling Civitas: ‘A lot of people will say we’ll see how it goes and one year turns into five years and you see people with five kids and there’s still not commitment’. This woman, like many others, clearly still desires the secure and devoted relationship found in marriage but, perhaps due to social pressures, has settled for less.

Despite all this, hope remains. The majority of people I spoke to agreed that traditional marriage between a man and a woman is the best union in which to raise children, and there was little appetite for extending the rights associated with marriage to cohabiting couples.

I believe in traditional marriage and all that it stands for: love, commitment and unity. When two commit to spending their lives together, they are no longer ‘I’ but ‘Us’, stronger as a result.

Many who opt out of marriage and choose cohabitation, I perceive, are role playing – attempting to enjoy the fruits of marriage without taking on the responsibility. In the long run this mis-match is seldom good for either partner.

Marriage is seldom mentioned in school, and perhaps as a result few people are aware of why it offers more to committed partners than cohabitation.

It is a conversation worth having, even at a young age, and I believe that doing so would stop many people getting to the middle of life without marrying before asking themselves: ‘Is this really what I want?’