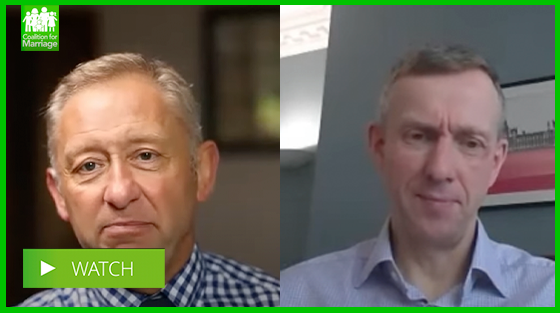 In the first of a book review series, I speak with Tim Dieppe of Christian Concern about Douglas Murray’s no.1 best-selling new release, The War on the West. We highlight well-covered points in the book, but identify significant gaps relating to marriage and family, that the author seemingly ignores.

A popular columnist and political commentator, Murray’s previous no.1 best-selling works include The Strange Death of Europe and The Madness of Crowds. He is known for his criticism of Islam, and is openly same-sex attracted.

As Tim explains, this recent release claims we’re experiencing an intentional dismantling of Western culture and ideology, through the criticism of race, religion, culture and history. Woke ideology, Tim says, has taken over many of our institutions and academia. A model of victimhood pervades where words are deemed violence, while actual violence is excused as justifiable reaction. 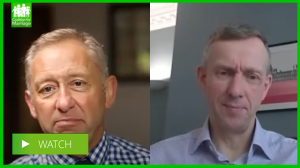 However, the book fails to mention the systematic attack on the family convention of children growing up with their married mums and dads through the promotion of other relationship types, easy divorce, and the undermining of gender.

Murray cites challenges from the trans movement to accepted principles such as rationality and science. But he fails to identify that such ideologies were rooted in the early “Gay Liberation” movement of the 1970s, that sought “abolition of the family” and gender roles.

Moving on to criticise the Church for replacing gospel teaching with sermons on climate change and racism, Murray again ignores the two most significant contentions of same-sex marriage and proposed bans on so-called “conversion therapy”. Both risk fracturing the established Church.

Finally, while the book is well-researched, well-written and a prescient read, Murray omits any discussion around the separation of private morality from public office. Politicians who break their most solemn marriage vows face no disapproval from the media.

At C4M, we understand that one-man, one-woman marriage, and the family unit, are the basic building blocks of a civilised society. Undermining these is the root cause of the confusion in our society today. Re-establishing their rightful place is the only way back.