Defending real marriage must not be a barrier to public office 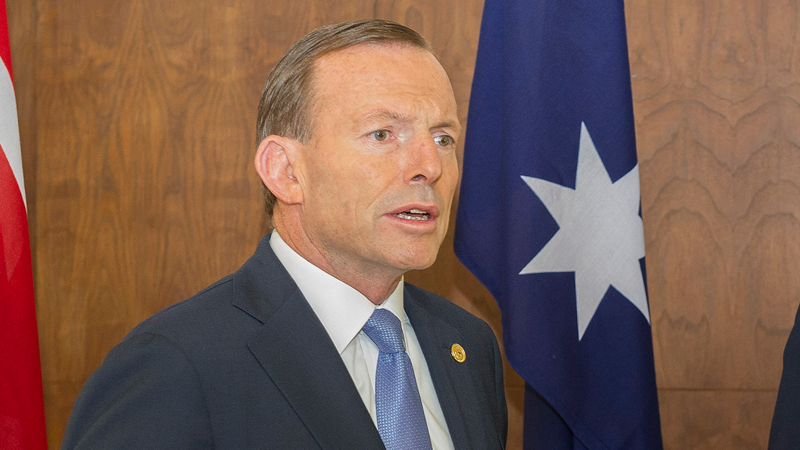 Former Australian Prime Minister Tony Abbott has recently been appointed as an unpaid trade adviser to the UK Government. Ordinarily this might have warranted an article in the newspapers and a few TV interviews. Instead, it led to wall-to-wall media coverage and questions in Parliament.

This is because, amongst other things, Tony Abbott did not support the redefinition of marriage when Australia held a referendum on the issue back in 2017.

Yet the belief that marriage can only be between a man and a woman is rightly held to be worthy of respect in a democratic society.

So it is encouraging to see that even Liz Truss, who repeatedly backed same-sex marriage, was prepared to defend Abbott from those “intolerant of anyone who does not agree with them”.

Matthew Lesh of the Adam Smith Institute also wrote a lengthy article in The Daily Telegraph supporting Abbott’s right to hold to his convictions on the true nature of marriage.

Lesh, himself gay, reminds readers how “most politicians, from Barack Obama to Tony Blair, opposed same-sex marriage until very recently”. Holding “traditional social views”, he adds, “should not disqualify someone from all positions in public life”.

The same argument is put forward by Douglas Murray, also gay, in a discussion with Talk Radio host Julia Hartley-Brewer. The Madness of Crowds author notes that “Stonewall never advocated for gay marriage”. He called the attacks on Abbott because of his views on same-sex marriage ‘boring, wrong and juvenile’.

But as Lesh puts it, the “woke mob” want Abbott “immediately cancelled for various thought crimes”. When it comes to this so-called thought crime being real marriage, C4M stands ready to defend those who refuse to be cowed.