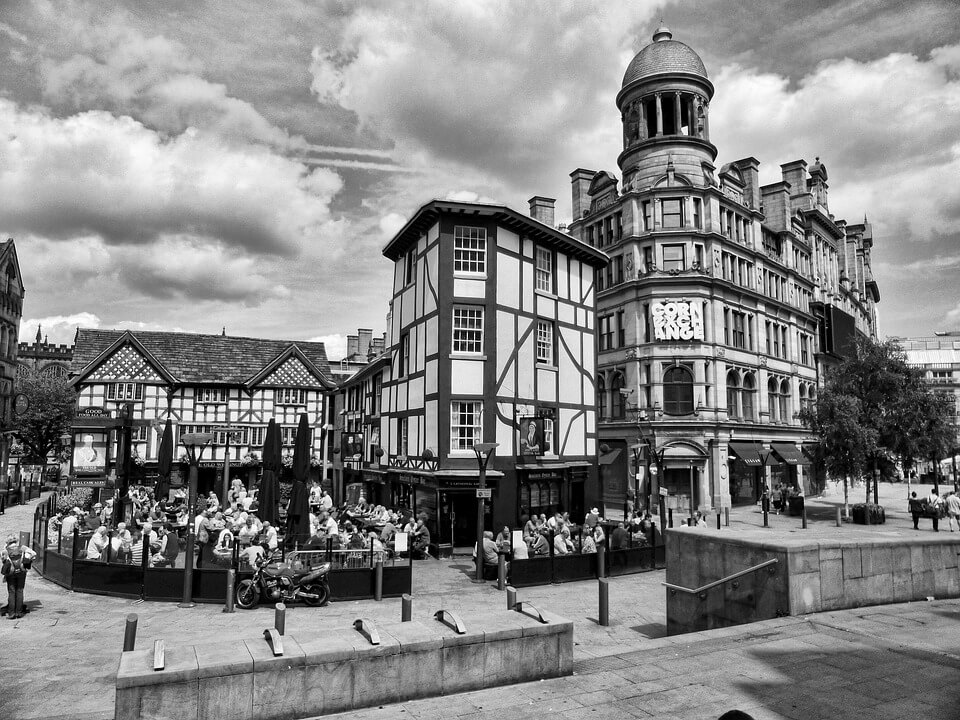 A Conservative Association has attacked traditional marriage supporters as “bigots” and voiced support for polygamy.

Using its official Twitter account, the Wycombe Conservative Association wrote to me asserting that arranged marriage was an integral part of traditional marriage in this country, which is not true. 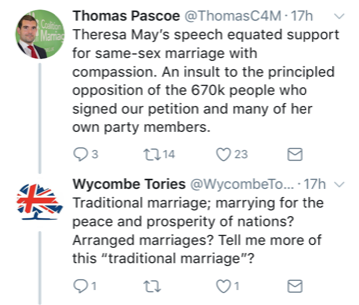 When challenged, the Association went on to say that in respect of polygamy it had, “no objection at all. If that’s how people want to live their lives… who am I or who is anyone to judge?” 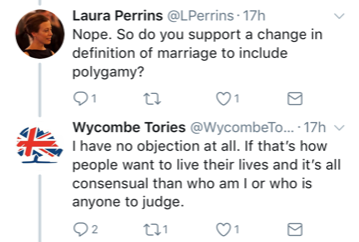 It went on to add “why should others be oppressed for your bigotry?”

An atmosphere of intolerance

This extraordinary attack on supporters of traditional marriage came yesterday in the wake of the Prime Minister’s speech to the Conservative Party conference.

In her speech Theresa May represented same-sex marriage as one of Conservative Party’s proudest achievements, saying: “let us never allow the Left to pretend they have a monopoly on compassion.”

The implication that supporters of traditional marriage lack compassion is deeply unjust.

Signatories of our petition against changing the definition of marriage include a great many people who live their lives in the service of others.

It was unworthy of the Prime Minister to tar them as lacking compassion, and the consequence is the intolerance demonstrated immediately afterwards by supporters such as the Wycombe Conservative Association.

A strong message at conference

There is still a large body of support for our work in the Conservative Party. This week I addressed a conference fringe speaking against no fault divorce. I also spoke to the BBC on this topic last week.

A great number of delegates at the conference made their support for the Coalition for Marriage’s agenda known to me.

Likewise our exclusive ComRes poll shared with you earlier this week showed that 75 per cent of Tory activists want the party to promote traditional marriage in schools.

The Conservative Party should heed the message from its supporters and ours and stop smearing supporters of traditional marriage.