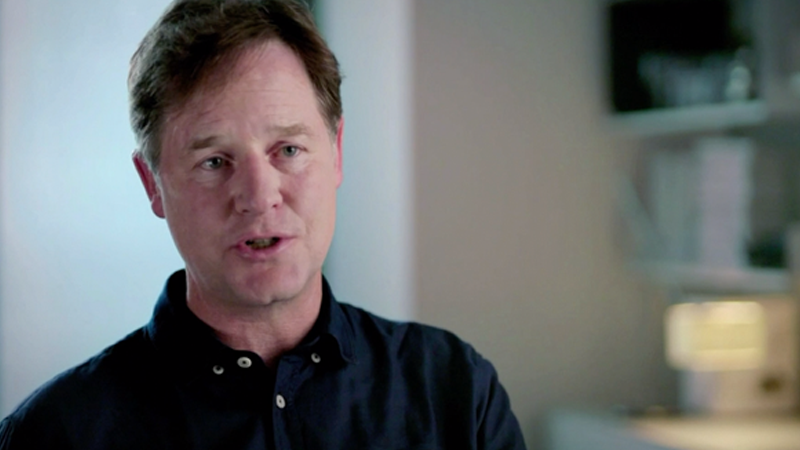 Everyone has their own view on Brexit and the referendum that led to it. For former Deputy Prime Minister Nick Clegg, the reason it happened is clear. He says David Cameron had to hold a Brexit referendum because of the backlash on same-sex marriage.

Appearing on BBC documentary ‘The Cameron Years’, Clegg listed what he called “prejudices” of Conservative backbenchers, including opposition to same-sex marriage. He went on to claim: “And by inflaming Tory backbenchers on the issue of equal marriage, even though the country was actually largely supportive, of course the effect of that was that David Cameron ended up having to sort of give them even more red meat on things like Europe.”

Watch the full episode on BBC iPlayer, the section quoted is from 46min.

Clegg’s colleague, the former Chief Secretary to the Treasury David Laws, appeared on the programme. He revealed in his 2016 memoirs ‘Coalition’ that, despite his bravado, David Cameron had recognised the damage gay marriage had done to his political career.

“Over food and wine in the 10 Downing Street flat, the Prime Minister told Nick Clegg… ‘Gay marriage has been an absolute disaster. It has totally split my party. It has been as bad for me as tuition fees were for you, Nick’.

“The Prime Minister said that he now realised that it had been a big mistake to upset the ‘Tory base’ in the country.”