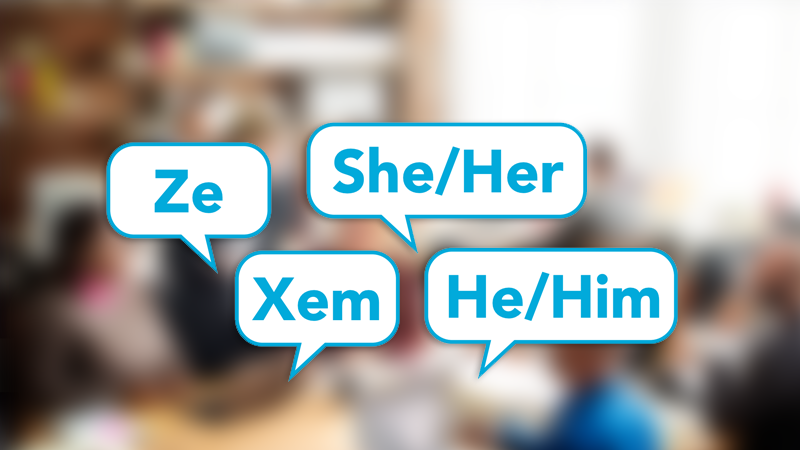 The Scottish Government is pressing ahead with plans to encourage its 7,500 workers to take a “pronoun pledge”, under which they would add terms reflecting their “gender identity”, such as she/her or he/him or even “zie/zir”, to their signature at the bottom of every work email.

This is despite an internal survey finding that almost 60 per cent of 3,000 staff who responded did not want to add pronouns to their emails. Just 17 per cent said they already did, while a quarter said they did not but might in future.

Stating pronouns is regarded by LGBT activists as a way of making transgender and ‘non-binary’ people feel ‘included’ and ‘welcome’, by normalising the idea that people may have pronouns other than the standard male and female ones. They say the move would “foster an open culture that is supportive of the LGBTI+ community”.

Responding to criticism of the plans, the Scottish Government has said that it remains an “individual’s choice” whether to state their pronouns. But campaigners raised fears that people could feel pressurised to comply. Already Leslie Evans, Scotland’s top civil servant, told staff who expressed concerns in the internal survey that their comments were “disappointing”.

Critics say that the pushing of non-traditional pronouns is part of the erasure of women in public life, which undermines their rights and in some contexts (such as changing rooms) threatens their safety.

The move comes amidst controversy over the Scottish Government’s plans to make it much easier to change legal gender, with the SNP itself seriously divided.

At C4M we stand with those resisting this normalisation of transgender ideology and its social practices. The differences between men and women, rooted in biology, lie at the heart of what real marriage is all about.