Ann Widdecombe: To Change Things You Have To Have Courage 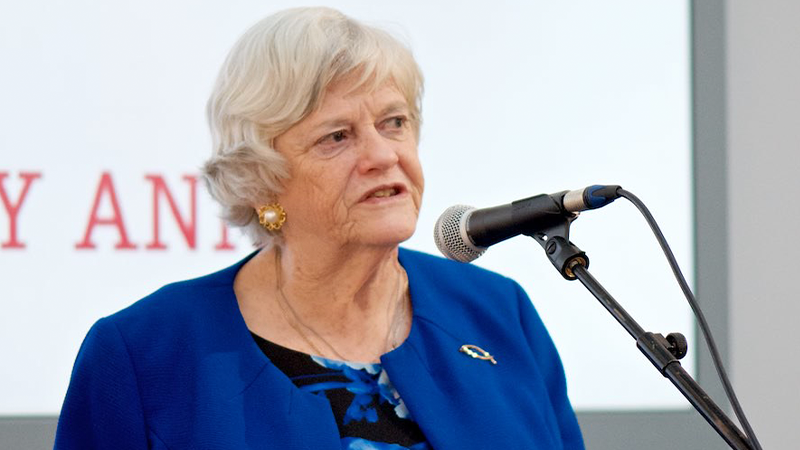 The Rt Hon Ann Widdecombe is known, in her own words, for “saying so many unpopular things”, yet nonetheless was “always elected with a huge majority”. Being a fellow supporter of real marriage, I caught up with her to talk about the increasing threats to our freedom of speech. You can listen to our discussion here:

Ann talks of the importance of leaders in society. So many are afraid to take a lead. The current debate within the Church of England around gay marriage is based on “we must appeal to the modern world”, even though their job should be, in Ann’s opinion, “to lead, not follow”. She talks of the danger of always “sacrificing faith to fashion and creed to compromise”.

She correctly predicted ten years ago that once you redefine marriage, motherhood and fatherhood would be redefined as well. Now we have seen biological sex being redefined. The current climate is “the exact anti-thesis of liberalism”. Requiring people “to affirm that which they do not believe”, has meant, “we’ve lost our respect as a society for free speech”. Like it was in Soviet Russia, ordinary individuals, she says, are being forced to support “the state orthodoxy of the day”.

On the whole cancel culture debate, Ann says, “we do need a law that makes explicit the right to free speech … and backs that up with sanctions”.

Looking to the future, Ann believes we’re developing “a very confused generation” and that it will “get a lot worse before it gets better”.

But if we “don’t give up on [our] private stand”, we will find others who agree. “The only way we’ll be free is if we ourselves assert that freedom”.

Ann encourages everyone who feels vulnerable, to speak out. We’re not going to make any progress until people “just say very gently, what they think”. They will find “the law itself is actually on their side”. She concludes by saying “we’re the people who change things, and we do it through finding our courage”.