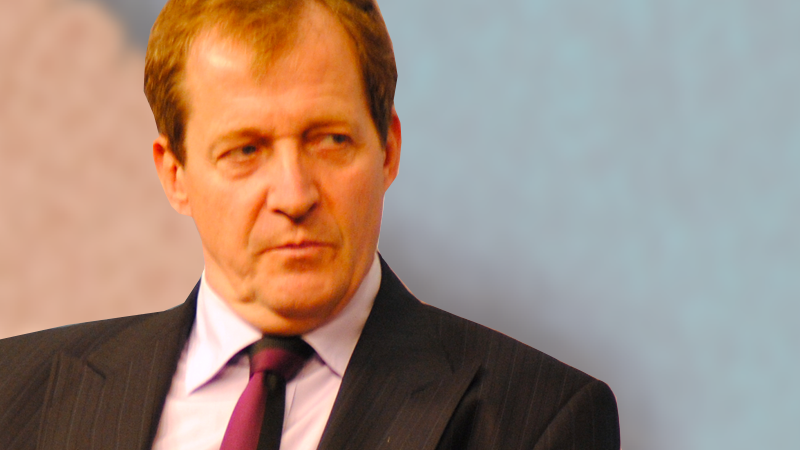 Except the couple didn’t get married. They entered into a civil partnership. This has been legal for opposite-sex couples in England and Wales since 2019 after the Supreme Court ruled in 2018 that it was discriminatory to limit the institution to same-sex couples.

The couple, who have three adult children, said that for Alastair it was the religious connotations of marriage that put him off while for Fiona it was the feminist angle of seeing marriage as ‘patriarchal’.

Civil partnerships were introduced in 2004 to give same-sex couples rights similar to marriage at a time when it was still widely believed that marriage was rightly limited to male-female couples. However, since 2013 when same-sex marriage came in, homosexuals had a choice of two legal unions, but heterosexuals had only one. This created instability in the law and in 2018 led the Supreme Court to require the creation of a new union for heterosexuals.

Opposite-sex civil partnerships and marriage are not the same. No difference could be greater than the fact that marriage is defined as life-long in English common law. Couples who enter into it commit to a life-long union at the point of marriage. That must be their intention even if it doesn’t always work out that way. A permanent commitment is not part of the legal definition of civil partnerships, though a couple might wish this.

It’s true that no-fault divorce has profoundly undermined marriage. But providing a ‘commitment-lite’ alternative to marriage also undermines the very purpose of the state in recognising marriage, which is to provide a firm foundation for family life. This is why governments and courts had resisted the idea until the Supreme Court’s misguided decision in 2018 that it was required by equality law.

The mistake, of course, was introducing same-sex marriage in the first place, so that this supposed ‘discrimination’ became a political and legal issue. But it was no form of progress to compound the error by opening up civil partnerships to opposite-sex couples and giving them the option of lesser commitment.

There is nothing inherently religious or ‘patriarchal’ about marriage, which is simply about a man and a woman being united in an exclusive union for life. Opposite-sex civil partnerships are yet another innovation that has undermined marriage in recent times.

Marriage is a union capable of profoundly influencing for good not only those who enter into it, but also whole societies. Politicians and judges shouldn’t mess with it. Do stand with us in standing up for marriage.